During a memorable interview with ABC’s Christiane Amanpour in February 2011, the late Libyan despot, Muammar Gadhafi, was quoted as denying that people were demonstrating against him anywhere in and that those who were making a fuss were perhaps on some kind of hallucinogenic drug. Even as he spoke, the city of had already been overtaken by “insurgents” and thousands were massing in protest elsewhere. 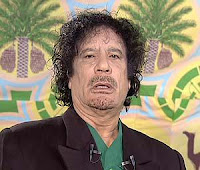 The recent approval by the French Senate to ban denials of the “genocide” of Armenians at the hands of the Ottomans in 1915 was prompted largely by longstanding harsh repudiation by the Turks of the use of the word with reference to the killing of between one and one and a half million people. That huge numbers of persons were rounded up and later killed by Ottoman troops has never been categorically disproved as historical fact.
Guilty people and their leaders have long been inclined to reduce reality to the level of rumour. The word of the authorities and those generally in charge are afforded the weight of “truth” notwithstanding what are the first-hand experiences of people. In August 2011, for example, hoteliers and businesspersons in wanted to tear the head off the island’s Police Commissioner, Darwin Dottin, when he appeared to downplay the growing impact of violent crime and he waded into those whom he accused of promoting an environment of “panic” in the country.
One hotelier promptly blogged that his annual security bill was between US$30,000 and US$40,000.  He asked: Has a policy of “selective denial” by the authorities been adopted?
Of course, the first-hand experiences of thousands of motorists in Trinidad and Tobago on March 7, 2012 do not approximate the rising and fatal tide of discontent in Libya in 2011, neither are they equivalent to a genocide or an exponential increase in crime on an island otherwise known for its peace and quiet. But, the inclination to convert reality into rumour or exaggeration has just as amply been displayed via a disturbing press release from ’s Ministry of Transport.
From 6.00 a.m. to well after 7.00 p.m. on March 7, scores of police officers and traffic wardens fanned out throughout in a series of roadblocks, pulling hundreds of vehicles to the side and demanding documents including inspection stickers and certificates. There were traffic jams leading into and out of , drivers fearing they might be in breach of vehicle inspection regulations pulled into side streets converting them into busy thoroughfares. In Curepe Junction, near where I live, there were no fewer than a dozen police officers directing selected vehicles off to the side of the road.
Many of us received Blackberry messages, email messages, Tweets, phone calls – people were being given traffic tickets for not having inspection stickers on their windscreens. It was the stuff of which typical Trini rumour would have been made, except this was no rumour. I witnessed it myself. Beat that for evidence!
Then came an email from a colleague asking essentially: “What is the truth?” Can it be, he seemed to ask, that we are all mistaken and the writer of the press release is correct? I mean, the Ministry of Transport had put out a press release declaring: “there are mischievous rumours being circulated that there is a movement by the Police Service and Licensing Officers to crack down on vehicles that require inspection.”
Okay, there might be a technicality regarding the use of the term “crack down” (isn’t it “crackdown”?). But, “mischievous rumours”? That seems to be pretty strong language to describe what thousands of people understood to be the truth.
Does this merit an entire blog post? It sure does!
One of the most important signs of authoritarian rule is the easy reduction of reality to the level of rumour by those who rule. These are some of the little signs older societies recognise very easily. If an event witnessed by thousands can be dismissed by a few words on a press release as mischief and rumour, how is it not conceivable that the rising of the masses can indeed be described as being the product of a hallucinogenic drug?
Just sounding yet another warning.
at March 08, 2012 No comments: