New Technologies and the Media

The expansion of regional media and the consequent acceleration of technology-driven change are the natural outcomes of a pattern of growth and economic development that postulates, at the information level, a fundamental right to know, and at the business level, brings into prominence the role of information as product.

The free market fundamentalism of Caribbean states in the 1980s and 1990s facilitates these processes through systems of liberalization and a pre-occupation of structural adjustment programmes with meeting the demands of a perceived post-industrial, information age.

Cable television, satellite technologies and other telecommunications marvels have disarmed traditional theories of media ownership and control and have rendered some notions of censorship and regulation either impractical or downright obsolete.

It can therefore be said that for those with an interest in the free movement of ideas and information, this new age has brought some benefits.

The sheer hypocrisy of censorship laws in our countries has been undermined by a range of technological advances that just won’t go away. The much reviled advent of satellite dishes has in fact presided over the erosion of state administered prohibition.

In addition, fears of media monopoly and a narrow band of private control have been found to be baseless at the level of the once-feared ability of conglomerates to erode social values in favour of their way of thinking. The sheer volume of alternatives has changed all that.

It is not that, in any case, agenda-setting theory has ever been properly tested in our environment or that the presumed influence of the media has been established in any scientific sense. The latest research clearly sets out the connection between deviant behaviour in children and their exposure to violence on television, but by and large the fears of the determinists are built on questionable empirical foundations. 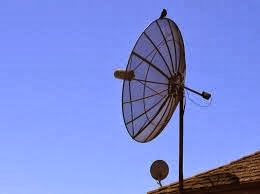 Those who have been proven wrong in these matters, you will find, are those who want our talk-show hosts off the air. Who want our journalists to report only the so-called “good news” and who believe that the media should perform as the propaganda arms of some unclear platform for social change.

In societies such as ours where little distinction is made between the manifesto promises of the parties in power and the stated development goals of the government, development-support journalism is often nothing more than the wimpish panderings of reporters and media bosses unable to tell the difference between political taste and their professional obligations.

For our discussions on these matters to transcend these puerile pre-occupations of ownership, control and influence, we should first accept the fact that there is no turning back from our journey into the technological age.

Unwieldy transmitters have turned into compact, portable instruments capable of taking us into the field such as we have never been before. And, in some instances, the cellular phone has obliterated the need for such devices.

We are filing our reports via computer modems, setting pages on the screen and receiving photographs via satellite.

There is now greater potential for interaction between broadcaster and audience and, through it, the airwaves are being democratized throughout the Caribbean. It is a liberty we sometimes abuse, but one we should cherish, not despise.

Our experience in Trinidad and Tobago has also shown that media practitioners are not only displaying a greater propensity to operate along multi-disciplinary lines but they are, in fact, being pushed in that direction by organisations now operating several systems at the same time. The Caribbean Communications Network (CCN) is one fine example and, soon, Trinidad and Tobago Television and National Broadcasting Service will become members of the club.

What this has done is to establish conditions for the creation of a breed of professional animal who is technically competent in the three major disciplines of print, radio and television. I believe that unless governments intervene, this will be the trend throughout the region as the media, in their role as businesses, recognise the cost-effectiveness of such a strategy.

Of course, I do not believe that anyone should intervene except that these media outfits should be made to pay due attention to the industrial relations requirements of such undertakings and underwrite the cost of training the young breed of journalist in whom I have the greatest confidence.

It is time for us, as journalists, to tailor our responses to these recent phenomena in a more informed and enlightened manner. The classical dichotomy between state and private media, for one, is fast disappearing in the more vibrant territories. The state media, in these cases, have not displayed any substantial operational differences alongside their privately-owned counterparts.

Satellites and cable have numbed the potential for monopoly domination in television and recent developments in radio have radicalized prior notions of exclusivity and oligarchic access to the media.

The journalist is likely to face the worst consequences of these changes only if the industrial relations climate of the region remains unresponsive to new demands and if there continues to be a failure to recognise that media management is a discipline worthy of learning and mastering and that the unenlightened, monodynamic leadership of the past is no longer viable. While the journalist is racing ahead with his or her business, the bosses are being left behind.

New technologies have also increased the capital cost of our operations and we should be careful that our newsrooms do not become the victims of these increases. Our vulnerability is typified in the use of retrenchment through redundancy and attrition and, increasingly, the sales department is justifying its encroachment into our newsrooms.

Whether it’s advertising to news-copy ratios or programme logging activities, the editorial integrity of our newsrooms must be maintained. Senior journalists who have a say in these matters should stand more firmly against these very real threats.

These are only some of the challenges we face in what is quite an exciting time for the Caribbean media. Many believe the prospects are grim and that more serious threats await us.

I prefer the approach that places some value on our resilience and ability to accept the challenge of change. So often we take our politicians and civic leadership to task for their inability to cope with change. It is time to show them how we can do it on our own behalf.
at February 10, 2014 1 comment: